Out of the Box Live Retrospective: 3 Big Digital Transformation Ideas 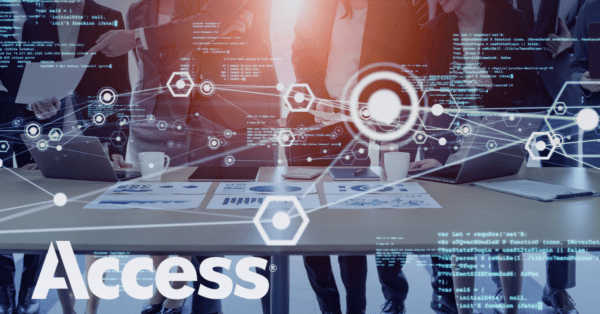 As the old adage goes, “may you live in interesting times”.

That used to be meant negatively, but I like to think of it in a more positive way.

We all live in fascinating times. Just think: In a few short decades we’ve gone from “there’s this new thing called The Internet” to “I own some real estate in the metaverse”.

Yet, despite having phones in our pockets more powerful than computers were 10 years ago, most of us are still dealing with reams upon reams of paper in our work and life.

I had the pleasure of speaking about this paradox with the well-respected information management industry veteran and thought leader, John Mancini, who is a past AIIM President and well-known author, speaker, and advisor, during an episode of Out of the Box Live titled “Why do we still have all this paper?”.

What resulted was a fascinating, wide-ranging conversation.

I’d like to share the three big questions we are often asked, and the ensuing discussion we had around the answers and their implications for the future of information management and our working lives.

What are we supposed to do with all this paper?

One of the first conferences John was asked to work on back in the ‘80s was how the paperless office was going to work.

Ironically, here we are, decades later and many of us still encounter so much paper in the course of our days.

That’s largely because “paper is so ingrained culturally,” John said. “It’s very difficult to change that. Directionally we’re heading that way, but at scale, there’s always a lag that occurs.”

As for historical records? In our businesses, most legacy records are paper records and not part of any digital migration.

So what do you do?

For starters, the act of moving from paper to digital by itself doesn’t solve anything. It’s imperative for organizations to take a step back and not just digitize the process but digitize the experience of the business.

If, in the end, you decide to digitize certain legacy paper files, it’s so vitally important to have a plan to determine what gets digitized and why. As John succinctly put it, “Don’t just digitize so you have a bunch of difficult-to-find papers in now difficult-to-find digital formats. You can’t just be scanning for the sake of scanning.”

It was interesting to hear John recall similar issues of operating without a plan when SharePoint was first deployed across organizations. IT teams needed to give employees some way of sharing files internally in a safe, secure manner but “what wound up happening was sprawl. Teams didn’t think through what we want to do, they didn’t think about what they were looking to accomplish. They didn’t ask, “Is it safe, is it auditable, is it accountable?”

Companies then spent five years cleaning up the issues caused by this “SharePoint Sprawl” and he predicts that we’re going to enter another era where we need to take a step back from this set of issues caused by digitizing paper without having a real plan.

John’s advice: digitize as much as possible, where it’s smart to do so. Take paper-based flows and make them digital, and if they can’t be right away, make a plan to convert them as quickly as you can when you can.

What does the office mean to us now?

Digitization is just one of the major forces accelerated because of the pandemic.

The other forces are two that we’ve talked about at length here on the blog before: remote work and flexibility in work environments.

John noted that the pandemic telescoped “five years of change into 5 months” at the start of the pandemic, purely out of necessity.

We went from commuting every day and having to figure out where to eat lunch to reclaiming that hour or two and going upstairs or in the next room or wherever to eat.

The result of this shift may mark the end of the monolithic view of the office as people are now asking themselves, “why do I need to go into the office?”.

On one hand, it seems unnecessary because the reasoning is no longer, “because that’s where the records I need are” or “that’s where everyone I work with is”.

Between video conferencing solutions and technology-enabled information management programs, we’ve proved that’s no longer the case. There are more productive ways to do it and we’re getting better at it day by day.

That’s because the answer to the question “why do I need to go into the office” varies largely on who you’re speaking with. “If you’re a person with a young family living in the suburbs, you previously had an hour plus commute”, John observed, “and remote work has a whole different connotation in terms of quality of life compared to someone who lives in the city.”

Still, he noted that “younger people aren’t necessarily driven by a desire for remote work so much as a desire for flexibility.”

That flexibility is why “integration” is going to be the next major phase of digital transformation.

Why integration is the newest phase of digital transformation

While technology enables us to continue to operate at the same level of efficiency as we did before the pandemic, it doesn’t entirely replace all aspects of office life.

PwC’s survey on the future of work found that what employees want is all over the map.

At a certain point, the next phase of digital transformation will mean having a systems integration that will allow work experience to be no different if you’re in office versus working halfway across the globe.

Allowing for this kind of flexibility remains a major sticking point for organizations. You literally can’t be flexible to any degree if you don’t even have the basics down and maintain that level of consistency. Most organizations admit they’re not up to par.

According to the ARMA 2021 IGIM survey, only 43% of survey respondents said that they were able to maintain consistency in their programs.

The organizations that figure out how to have the best of a hybrid working environment, giving employees freedom of choice of when and how they work will have a leg up in the talent search in the years to come.

Looking back on history as a whole, we can see lots of different points in time of innovation.

In just the last hundred years alone we’ve seen innovation as well as cycles of innovation. Back in the ‘00s, things changed a lot as the internet took hold in every part of our lives. Now we’re in another one of those periods with the advent of the cloud.

Either way, whatever this next phase brings, there is one thing we know for sure:

It’ll certainly be interesting. For more context and conversation on these topics, check out the full episode of the Out of the Box Live episode: Why do we still have all this paper? The continuing challenges of going paperless in the age of digital transformation.